A sea of memories anchored in unique heritage 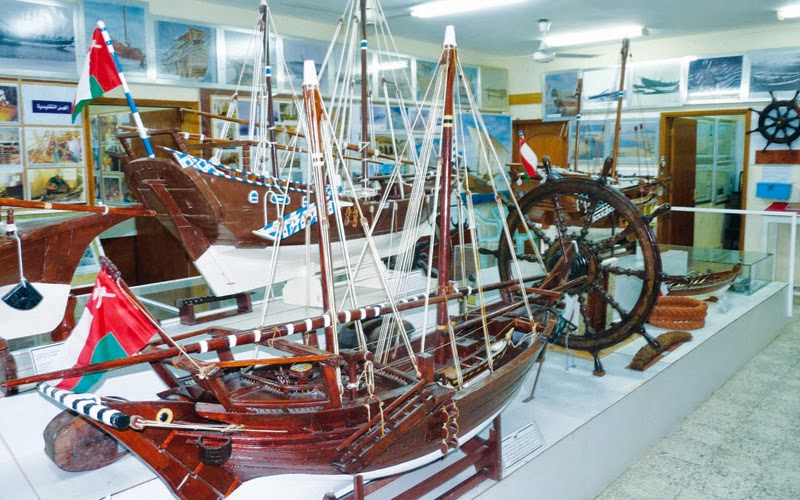 SUR — Sur City is famous for its maritime heritage. It highlights the leading role of Omanis in maritime navigation over a long period of time.To preserve this heritage, and to be always present in the memories of generations, the Maritime Museum in the Wilayat of Sur was established. Efforts have been made by the citizens of the wilayat and researchers in Omani heritage to preserve this history.The museum was established in 1987 in Al Orouba Club. Since its inception, it has been providing scientific service to those interested in the Omani maritime history.The museum includes several sections. The emblem of the wilayat ‘Al Ghanja Ship,’ is located at the entrance of the museum. In the middle of the ship corner, there are different types of Omani ships.The visitors can see pictures of famous makers of ships locally called ‘Al Wistad’, in addition to images of sailors and captains of ships locally called ‘Nokhidha’, as well as photos of ports visited by those ships.The museum also includes a picture of Sur town in 1905 and pictures of the city attractions, architectural styles, buildings, old houses and historical monuments, such as castles, fortresses and towers, old mosques, the most important of which is the grand mosque in Al Fawaris, which is the oldest mosque in the wilayat.The museum also features photographs of the agricultural fields in Sur and its commercial market, particularly the site where traditional arts and horse racing are held.The museum also houses a section for pottery and tableware.There is a section for Suri costumes for men, women and children, mostly made of local fabrics, in addition to pictures of the history of education, schools of teaching the Holy Quran, prominent scholars and teachers, as well as a picture of the historical City of Qalhat, manuscripts of maritime navigation and the most skilled navigators in the wilayat.A model of the city’s centre was added to the museum, which illustrates the population growth, expansion of transportation and projects in the wilayat, in addition to natural terrain, like inlets and ports.The museum is annually visited by officials, ambassadors, scholars, students and tourists from within and outside the Sultanate to acquaint themselves with the maritime history of Oman. — ONA