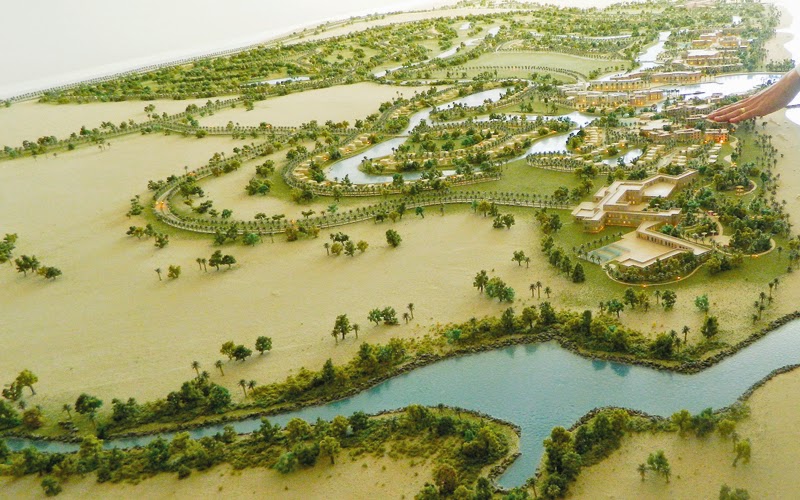 By Kaushalendra Singh -SALALAH — Destination Salalah would entirely be a different experience in another five years in terms of availability of rooms in existing and upcoming star hotels in and around the southernmost city of the Sultanate.The current supply of 1,019 rooms by leading hotels like, Hilton Salalah Resort (147), Crowne Plaza (153), Juweira Boutique Hotel (83), Marriott (237) and Rotana (399), is in no way enough number to accommodate the tourists dropping in Salalah during its majestic three months season called Khareef.With its plan of having one of the largest Integrated Tourism Complexes (ITCs) in Oman, Muriya has big plans in Salalah. The ITC being developed by the Muriya Tourism Development Company, an Orascom-Omran joint venture, the project titled Salalah Beach covers 15.6 million square metres along an 8.2 kms long coastline.It has plans to develop seven high end hotels, five of which are beach front and two boutique hotels. Two among the seven ITC projects — Zuweira Boutique and Rotana — are already operational.As per the project outlook, besides the hotels, it has 3,000 luxury freehold apartments and villas providing 1,260 rooms and 145 residences. The new projects like Movenpick (398 rooms and 58 residences) and Club Med (398 rooms and 32 residences) are likely to add value to supply of high end rooms in Salalah. Rotana, which recently launched 399 rooms, has plans to develop 47 residences.The whole project is known as Salalah Beach, which features an extensive array of retail and restaurant facilities, alongside two PGA golf courses designed by Karl Litten and Jeffery Myers. Other facilities include a 200 berth inland marina with dockside restaurants and cafés, two boutique hotels and a selection of world class resorts, including Club Med, Mövenpick and Rotana.“Salalah Beach offers all investors the opportunity to purchase property on a freehold ownership basis. Upon completion of ownership Omani residency is granted along with the financial benefits of residing in Oman, such as zero income and property tax for the duration of the property deed.”Besides Muriya’s ICT project, work on Al Baleed Resort, which is located adjacent to Crowne Plaza Salalah, is going on in full swing. A joint venture between Omran and Musstir, Al Baleed Resort is to come up with 106 luxury chalets, a three-storey 30-room hotel, one restaurant, a beach café and banquet facilities.Yet another project titled As Sadah Island Resort is being developed at Halaniyat Islands, which is 35 nautical miles off the Dhofar coast in the Arabian Sea. Spread over an area of one million square metres, the project is done by the Muriya. It has 20 guest pavilions, 12 villas, a main lodge, a spa and a kids club. The project also has staff accommodation, two swimming pools, and two restaurants along 6,100 metres of beach front.The supply of furnished apartments and regular accommodations for budget conscious tourists is likely to increase manifold this season as many projects, which were either half done or could not be launched last year, are ready to accommodate tourists with better services and facilities.