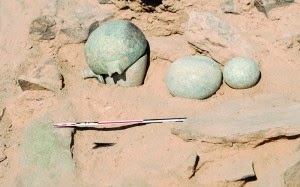 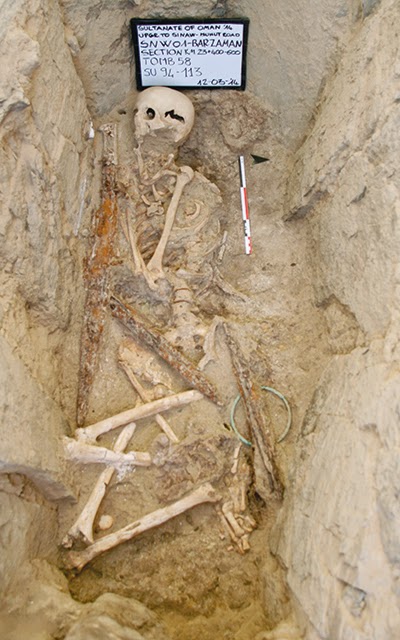 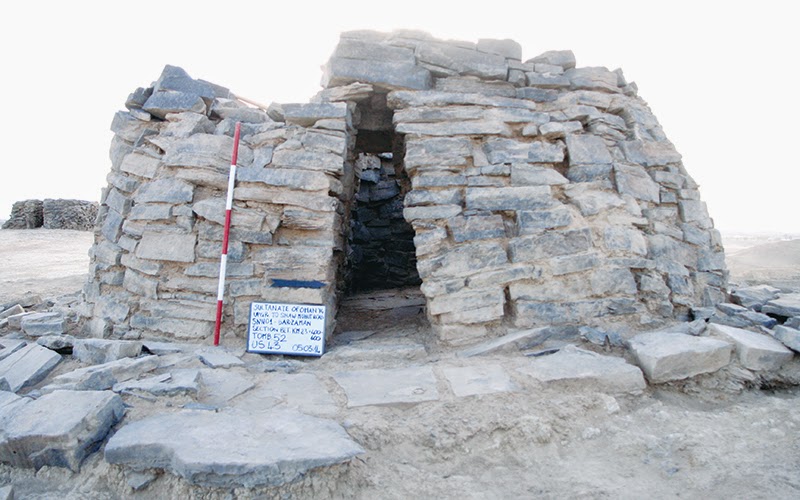 2,300-year-old tomb with a corpse and daggers found in Sinaw — By A Staff Reporter — MUSCAT — Excavations at several archeological and monumental cemeteries in Al Oyoon area in the Wilayat of Sinaw date back to various eras, said the Ministry of Culture and Heritage. A number of articles were found in the area, and they are currently under documentation and study. However, they are initial findings of these excavations as they are located on the track of Duqm-Mahut and Sinaw project implemented by the Ministry of Transport and Communications. Giving details of the findings, Sultan Saif al Bakri, Head of Excavation and Archeological Studies Department, pointed out that survey carried out in coordination and cooperation with the Ministry of Transport and Communications have brought up a discovery of hundreds of cemeteries spread across a distance of 100 km.

Excavation results show that these tombs belong to two periods. The first group belong to the third millennium BC, while the second belong to the first millennium BC. These tombs embrace archeological discoveries such as potteries and soft rock vessels. Al Bakri added that a man’s corpse was found dated 2,300 years ago, died in his fifties and buried with his weapons. Additionally, two slaughtered camels were buried in two holes nearby his tomb and fenced by stones. On the left side of the corpse, an 88-cm sword, two daggers and a wool hat were found. It is expected that these findings belong to the Indian civilisation which later spread across adjacent civilisations.

The Ministry of Heritage and Culture will carry restorations works on these findings and acquisitions and rebuild a model of this rare tomb in the National Museum which will be opened by the end of this month.   Additional archeological studies and surveys will be conducted in Sinaw as part of the Ministry’s intention to document all archeological and monumental evidences and conserve them for the future.