Wadi Dayqah water to be tapped 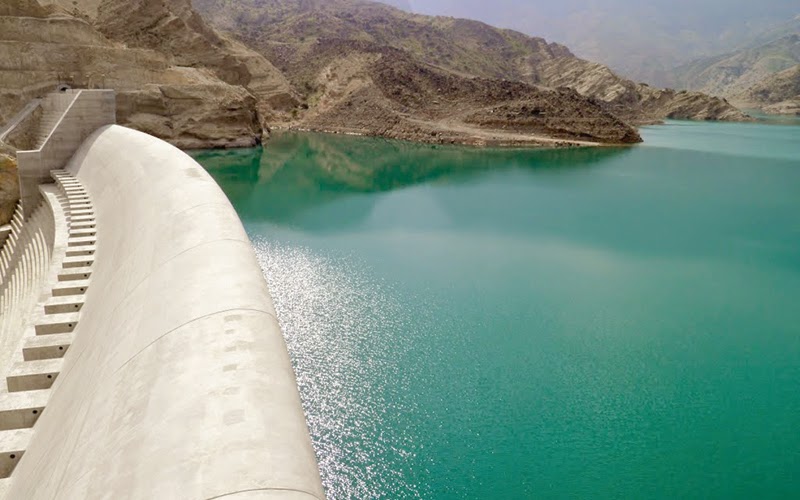 1st phase of project to bring water to Muscat Governorate under way -By Conrad Prabhu -MUSCAT — The first phase of an ambitious plan to tap the prodigious potable water potential of Wadi Dayqah reservoir to supply Muscat Governorate will shortly get under way, according to officials of the Public Authority for Electricity and Water (PAEW), which is overseeing the implementation of the long-awaited project.Cairo-based Egyptian Contractors and Partners LLC, a subsidiary of the state owned National Construction and Development Company, has been awarded a contract to build a major water transmission line that will supply treated water from the Dayqah Dam in Qurayat Wilayat to Deem Reservoir in Al Amerat Wilayat.The contract, valued at RO 32.222 million, represents the first stage of the Wadi Dayqah Water Treatment and Conveyancing Project that includes a major water treatment plant, as well as pipeline infrastructure that will supply potable water for irrigation and domestic use to consumers in Muscat Governorate.Significantly, the project is unique in that it marks the first time that rainwater and runoff stored in a surface reservoir is being treated and pumped into the water grid in the Sultanate.  Previous efforts at utilising stored surface water for potable use have essentially been small-scale.Of the Wadi Dayqah reservoir’s maximum storage capacity of around 100 million cubic metres, the expected yearly yield is expected to be around 35 million cubic metres, say officials. While around 15 million cubic metres per year of this volume will be allocated for domestic and irrigation water supplies in Qurayat Wilayat, the balance 20 million cubic metres per year will be utilised to augment potable water supply to the capital area, it is pointed out.Egyptian Contractors and Partners (previously known as Mokhtar Ibrahim) is currently mobilising equipment and workers to build a roughly 50 km transmission pipeline that will carry treated water from a water treatment plant planned to be built not far from Wadi Dayqah Dam to Deem Reservoir. Also as part of its contract, the company will build a 10,000 cubic metre capacity reservoir and a pumping station.Separately, nine companies are competing for a contract to build the main water treatment plant that forms the centrepiece of the Wadi Dayqah Dam Water Treatment and Conveyancing Project.  Estimated to cost around RO 50 million, the 125,000 cubic metre/day capacity plant is proposed to be built at a site near Mazara, some 3 km from the dam.In the fray for the contract are Consolidated Contractors Company, Galfar Engineering, Larsen and Toubro (Oman), Towell Infrastructure, SMC Infra, Al Hassan Engineering, Oman National Engineering, Arabian Industries, and Target LLC. A contract award is likely to be announced soon.(OEPPA Business Development Dept)